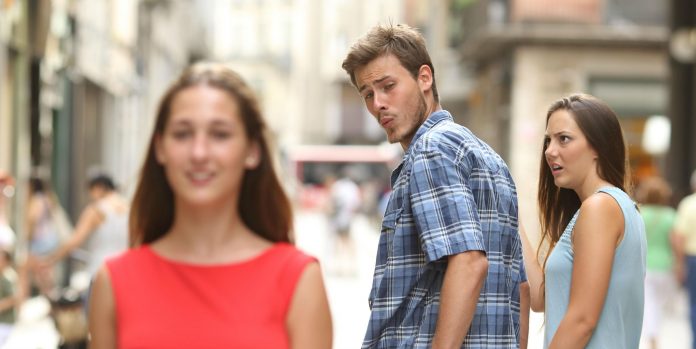 Companies have been using memes in their advertising campaigns for a while, but this week, one Swedish company might have taken things too far.

Bahnhof, an internet service provider, broke its own rules against gender discrimination by (mis)using the popular Distracted Boyfriend meme, where a man is turned around and leering a passing woman as his girlfriend stares in disbelief. 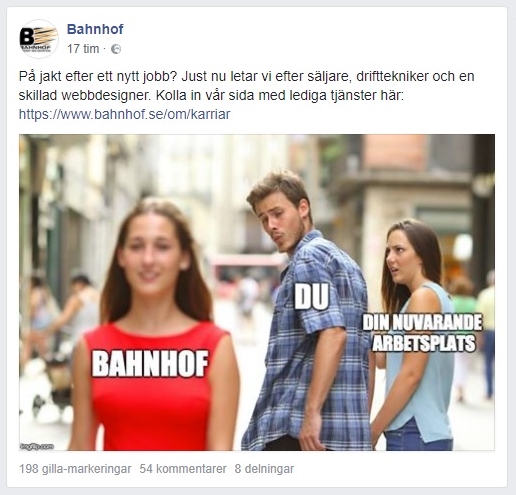 The ad was originally to highlight new job openings at Bahnhof. The man (labeled “You”) is looking at the woman in red (“Bahnhof”), while his girlfriend (“Your Current Job”) is in disbelief.

After deliberation, the agency ruled it sexist, stating that using a woman depicted as a sex object, to represent job vacancies was discriminatory. It also mentioned the posts perpetuate a stereotype that women are interchangeable, like workplaces.

However, not everybody agrees on the ruling. Bahnhof’s own CEO, Jon Karlung, maintained that the decision was an overreaction. He pointed out that the meme had been created with no sexist intent by the head of the company’s communications division, who happens to be a woman. “People will be annoyed by anything,” Mr. Karlung added. 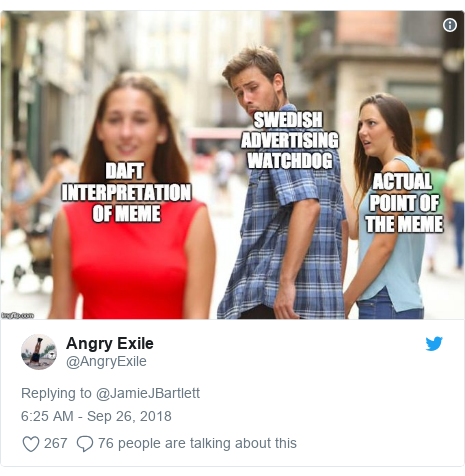 It seems Mr. Karlung is right. There were more than a thousand comments under the original post (which you can see here), with the majority being angry at Bahnhof’s advertisement. A few people have even made memes of their own, like the one above.

Ironically, Mr. Karlung also mentioned that “This ad now has probably been the most published Swedish job ad ever. That was not our plan, and now we have got a lot of attention.”