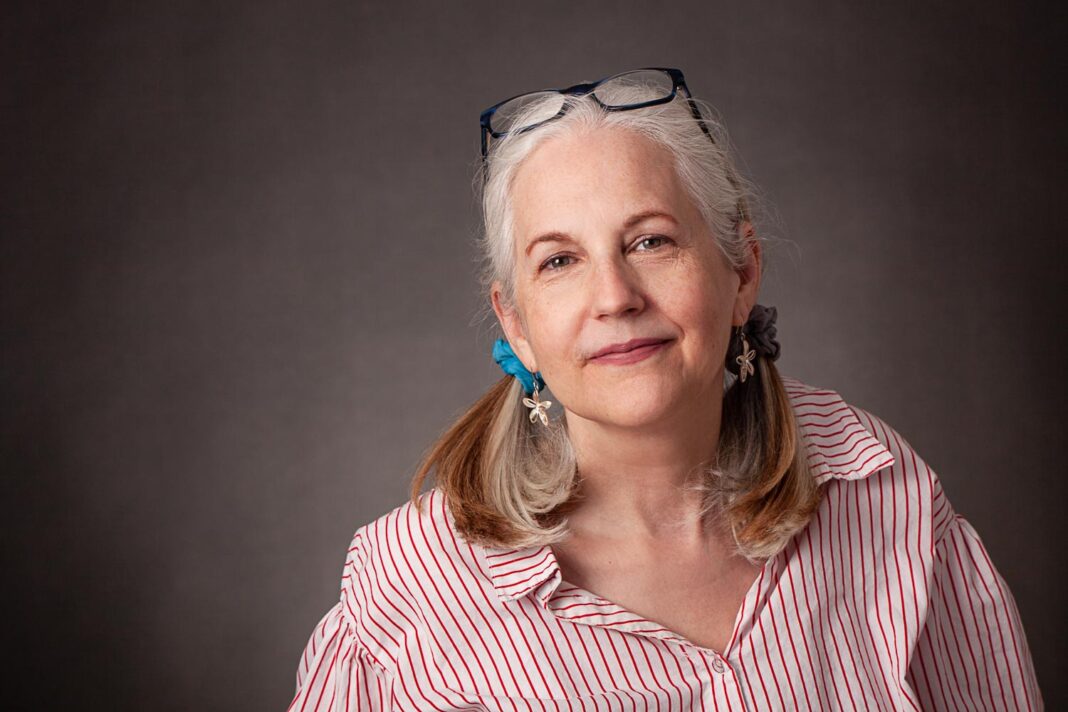 Florence Wetzel is an American author who fell in love with Sweden and Scandinavian literature during her travels to Sweden. She has written the Nordic Noir books The Grand Man and The Woman Who Went Overboard, and she has just released Annika’s Storage Space: Thirteen Sinister Stories. She originally wrote the book in Swedish as Annika’s förråd: En ondskefull novellsamling and then translated it into English

In Swedes in the States opinion column, Florence shares her experience living between the United States and Sweden, giving us an American perspective into what bilingual life looks like.

Since I started studying Swedish in January 2014, I have been living a bilingual life. I am an American who spends part of the year in Sweden and part of the year in English-speaking countries, namely the United States, Great Britain, and Ireland. When I’m in the latter countries, Swedish rarely pops up of its own accord, so I have to make an effort to weave the language into my life.

I’ve had a lot of contact with Swedes who live abroad, and I know that they have a similar issue. They speak English with their family, friends, and workmates, which means they only use Swedish when talking to someone back home. The difference between these ex-pat Swedes and me is that Swedish is their mother tongue, so the language is hardwired into their brains and will never disappear entirely. English is of course my native tongue, so I need to work hard to keep my Swedish alive.

But even when I’m in Sweden, I still have to make an effort to speak Swedish. This may sound strange to Americans who complain, for instance, that the French refuse to speak English. My advice to them? Go to Sweden! Americans never have trouble there because Swedes are always willing to practice their English.

This can be a problem, however, if you’re trying to learn Swedish. When I go into a café in Stockholm and order fika in my American-accented Swedish, the barista’s eyes immediately light up: Aha, a real-life American! They usually answer in English, partly to be helpful, partly to practice a little themselves. I’ve learned to gently say, “I need to talk as much Swedish as possible, can we switch back?” They always agree, and I can definitely say that Stockholm’s baristas have been among my most important teachers.

It also helps that Swedes enjoy Americans. It’s a unique experience to be appreciated for my nationality, especially since I grew up in New Jersey. All my life I’ve heard people make jokes about my state, including the classic “You’re from New Jersey? Which exit?” And let’s not forget New Jersey’s nickname, “The Armpit of America.” But no one ever makes fun of New Jersey in Sweden! I sometimes use my driver’s license as an ID, and I’ll always remember when a clerk at Hemköp said, “New Jersey! Cool.” Definitely the first time I had ever heard those words.

I’ve since learned that when Swedes ask where I’m from, it’s helpful to say, “New Jersey. You know, Tony Soprano and Bruce Springsteen.” This always gets a smile because these aspects of American culture are woven into their lives as well. It’s a win-win: Swedes enjoy meeting an authentic Jersey girl, and I enjoy being seen in a positive light.

Another challenge with speaking Swedish in Sweden is that it takes many years to become fluent. But if you wait for your Swedish to be perfect before speaking to a real-life Swede, you’re going to wait a very long time. Early on in my studies, a teacher at Folkuniversitetet gave our class important advice: Våga att prata! (Dare to talk!) She said it was inevitable that we were going to make mistakes, so we just had to accept that and go ahead anyway.

There’s one caveat to this advice: if you’re going to dare to talk, you need a sense of humor. Such as the time I said to my friend Johannes: Jag stod länge i kö (I stood in line a long time). At least that’s what I thought I said. What I actually said was: Jag stod länge på kon (I stood on the cow a long time). Johannes had a good laugh over that, and I did as well. It’s best not to take your mistakes too seriously, and to instead use them as an opportunity to sharpen your Swedish.

After eight years of studying intensively and making literally thousands of mistakes, I’m publishing my first book in Swedish, Annikas förråd: En ondskefull novellsamling. I wrote the book in Swedish and then translated it into English as Annika’s Storage Space: Thirteen Sinister Stories. The lessons I’ve learned while studying Swedish have been helpful when writing in Swedish: I accept that my language skills aren’t perfect but I dare to go ahead anyway, and I keep a steady grasp on my sense of humor.

My life is now a delightful mix of Swedish and English. The two languages complement and inform each other all the time, and it makes life richer on so many levels. I still stand on the occasional cow, but I always jump off as quickly as I can.

Connect with Florence on social media: