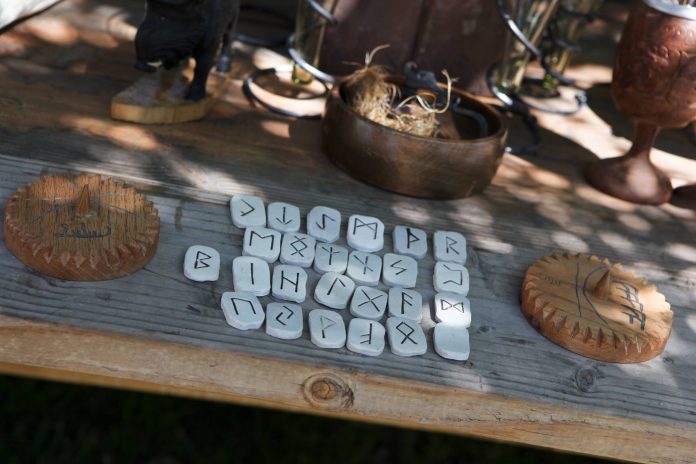 The Icelandic Sagas tell of Norse voyages to Vinland around 1000 A.D. A site at the northern tip of Newfoundland was confirmed as a Norse site occupied around 1000 A.D. by archaeological work conducted by Anne Stine and Helge Ingstad in the 1960s. After working with the Ingstads, Birgitta Wallace continued their research. This symposium will discuss this site in Newfoundland as well as discuss the location of Vinland. Included in the discussions will be the Norse in Greenland — the launching point for the voyages to Vinland, discussions of the prehistory/history of eastern Canada from 7000 B.C., and of the natives the Norse likely encountered.

Reception
Admission is $10. Reservations requested. Parking is available in the lots at Mountclef Boulevard and Olsen Road. Street parking is by permit only until 7 p.m.

The Memory of Vinland in the Icelandic Sagas

Prof. Sigurdsson will analyze how the lands west and south from Greenland are remembered in the 13th century sagas from Iceland that describe several voyages around the year 1000 A.D. to the lands called Helluland, Markland and Vinland. The Icelandic audience of these stories could visualize a “map” in their minds. In the southerly region called Vinland the audience heard about plenty of large salmon, grapes, grain and precious wood – but also about many people of a very different kind and culture from what they knew in Iceland; people who spoke very differently, had rowing boats and were not familiar with iron, dairy products or woven cloth. The stories also described large rivers, stream-like fjords with whales and fish, a peninsula full of game deer, islands covered with birds, and mountains inland.

Colonists from Iceland settled on the southwest coast of Greenland in the late 980s, and the settlement lasted for almost 500 years. New research suggests that climate change was not enough to have been the main reason for depopulation. The abandonment of the settlements has to be understood in a complex system of interrelated factors that originates from the socio-economic system the settlers developed in Greenland and which included both regional and interregional interactions. In this talk, Dr. Arneborg will focus on new research on social structure, the role of the Church, and the economy of the settlements.

Admission for Friday evening lectures is $20. Free for students and Cal Lutheran faculty and staff.

L’Anse aux Meadows: the Gateway to Vinland and its People

The L’Anse aux Meadows site at the northern tip of Newfoundland was excavated and determined to be a Norse base for far-flung expeditions in all directions. Leaders of the expeditions were socially prominent and lived in substantial halls. The similarity of this site with the Straumfjördr site of Eirik the Red’s Saga is striking. The real assets lay further south at Hóp of the sagas, where there was great lumber, and grapes grew wild. The description of Hóp corresponds in a large degree to northeastern New Brunswick, 600 miles south of L’Anse aux Meadows

A Short Prehistory of the Norse’s New World

When the Norse first stepped foot on the rugged shores of northeastern Canada, it was onto a landscape that had been inhabited by people for some 8000 years. Prof. Holly offers a sweeping prehistory of this fascinating region, with special attention to the native peoples that called it home when the Norse arrived at the turn of the 11th century.

In this entertaining presentation, Dr. Francis, a culturist of Mi’kmaq heritage, will discuss Mi’kmaq history, legends, folklore and pre-contact culture.

The Saga of Gudridur, a dramatic performance

An epic saga of courage and war, told through traditional storytelling, comedy and music. The audience is taken on a unique, touching and often hilarious journey through Viking times alongside Gudridur from Snæfellsnes, the first white woman to settle in America.

Admission for Saturday lectures is $40. Free for students and Cal Lutheran faculty and staff.

Dinner
Reservations required. Admission is $35. Prof. Jesse Byock of UCLA will talk on Viking
language in the 21st century.

This Nordic Spirit Symposium is sponsored by the Scandinavian American Cultural and Historical Foundation, California Lutheran University and the Southwest California Synod, ELCA, and is made possible by generous grants from the Barbro Osher Pro Suecia Foundation and the Norway House Foundation in San Francisco. For information and early registration fees, contact Howard Rockstad.