If you are a Swedish parent raising children abroad, there are many reasons for teaching them your native language: it deepens their connection with the Swedish culture, it helps them communicate with family and friends when visiting Sweden, it’s good for children’s development to be bilingual, and it often feels more natural to speak in your mother tongue with your child.

Unfortunately, it can be challenging for children living in the U.S. to speak enough Swedish to be fluent. One great way to keep the language alive is by signing up for a Swedish school. There are many schools across the country, and while they vary greatly in size and structure, they all offer a place to practice Swedish while learning about Swedish culture.

You can find our Guide to Swedish Schools in the United States here: https://swedesinthestates.com/guide-swedish-schools-u-s-2/

To give you more of an insight in to the schools and how they work, we decided to interview Margareta Saperston, headmaster of Svenska Skolan, L.A., and Mimmi Skoglund, Director of the Scandinavian School in San Francisco. 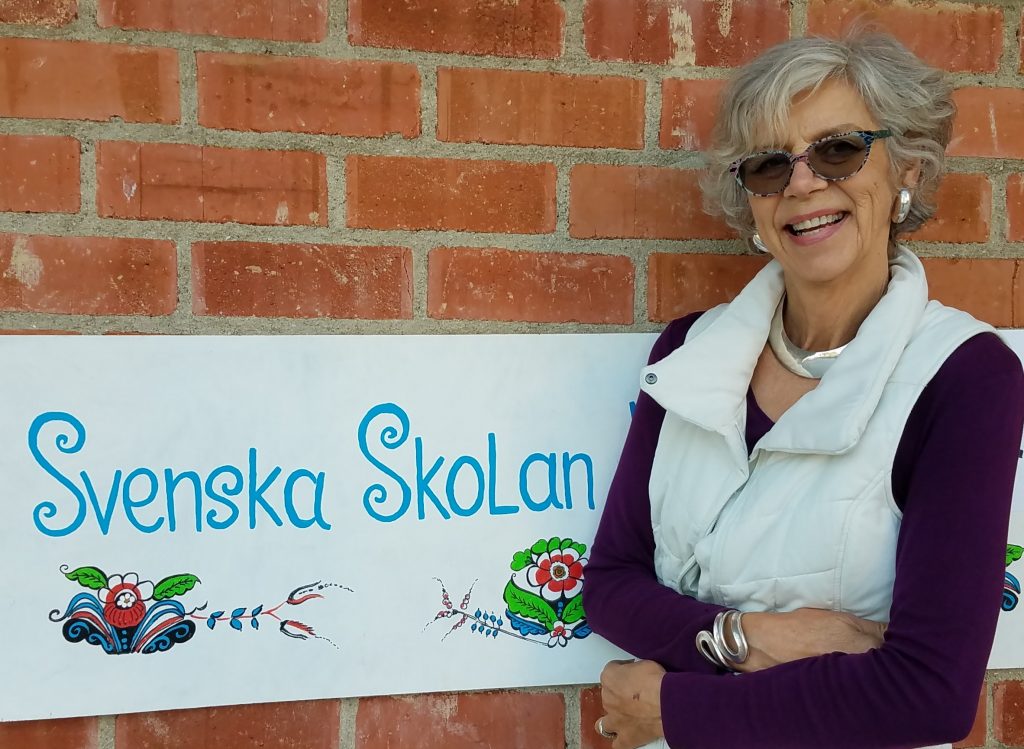 “Excuse me for a second, that’s a new family, I have to say hello!” Margareta Saperston, the founder and headmaster of Svenska Skolan LA, has barely sat down for our interview before she is up on her feet again, demonstrating one of the reasons that her school has become such a huge success. Her warmth and tireless commitment to making everyone feel welcome is a big part of what makes Svenska Skolan LA so much more than just a place for studying Swedish – it has become a community of friends for almost a hundred local families with ties to Sweden.

Once the new student has found the right classroom and her parents are settled in the break room with coffee and pastries, Margareta returns to tell us about how her children inspired her to start her own Swedish school back in 1977.

“There had been a Swedish school here in LA before, but it was closed by the time my children came of age. A friend and I felt that we really wanted a school, so we collected names of interested parents and presented it to the Swedish Consulate, who gave us the go-ahead to start one.” While her friend helped her get started with the idea, she was the one who took care of everything and founded the school on her own.

“The purpose of the school,” Margareta says, “is to keep Sweden in the hearts and minds of Swedish families here, to teach traditions, and to keep the Swedish language alive and up to date.”

Since it is an after-school program the teachers are not as strict as in regular school about the students sitting still at a desk and studying during class. “We are trying to teach them, without them knowing that they are being taught, especially the younger children. They have fun learning by playing games and singing. The main idea is to have the children express themselves in Swedish with their families. Most of them go to Sweden a lot, and that way they can be participants in conversations, instead of bystanders.”

The school offers classes for children from age one and a half up to age fourteen. The classes are mainly intended for children who speak some Swedish at home. “In order to be supported by Skolverket (The Swedish National Agency for Education), Swedish has to be a living language in the homes of the students. Of course, ‘a living language’ is an interpretive thing, but basically we are supposed to further a language that is already spoken.”

However, the school never turns away anyone interested in the Swedish language. It offers a beginners children’s class called Nya Vikingarna (The New Vikings), as well as an adult Swedish class that is popular among spouses interested in learning the language.

“There are so many benefits with being bilingual”, says Margareta. “Learning a second language at an early age has a positive effect on a child’s intellectual and mental development, plus it leaves students with more thinking flexibility, empathy to different languages and better listening skills. Just knowing that languages are different for different people is a very deep knowledge I think.”

Mimmi Skoglund – Director of The Scandinavian School in San Fransisco 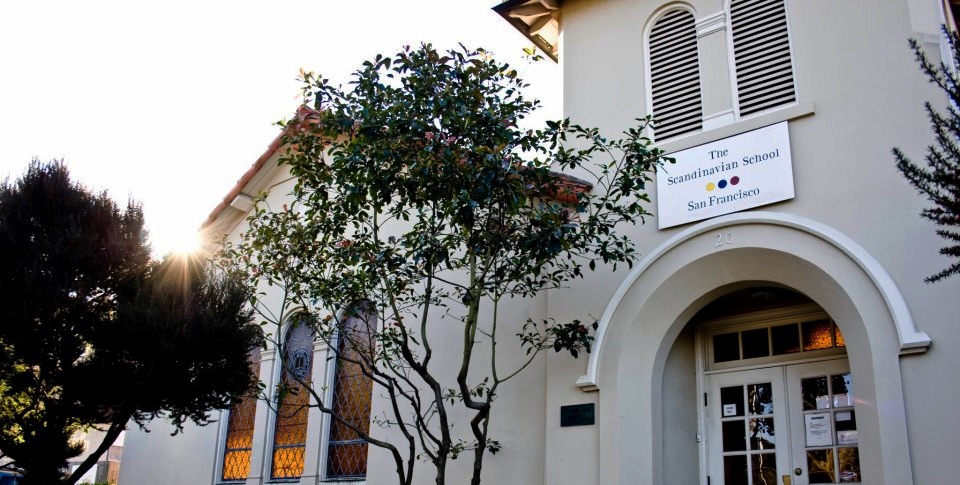 Like many other Swedish Schools across the country The Scandinavian School in San Francisco was started by new parents living abroad wishing to connect with other Swedes. What started as a playgroup for five children back in 2002 has now grown into a hugely successful Scandinavian preschool and cultural center. It offers a full-time preschool taught entirely in Swedish, Norwegian and Danish, a part time outdoor preschool program, as well as language classes and cultural events for both children and adults, with additional classes taught in Marine and Menlo Park. 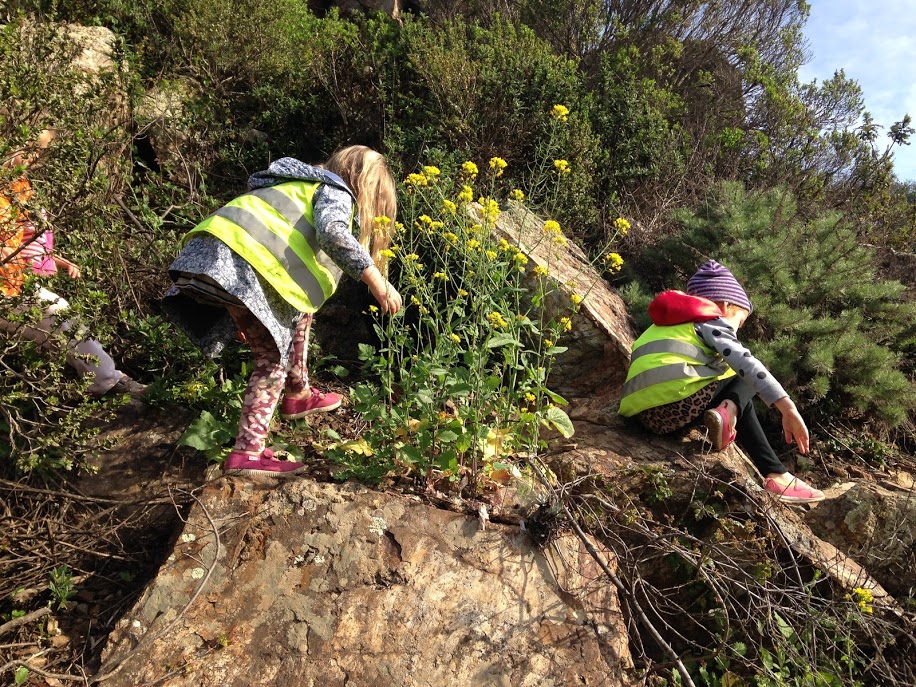 The school has a progressive curriculum and philosophy, which focuses on democracy, healthy living, sustainability, and gender equality.

“We are proud to be the only school we know of in San Francisco that doesn’t base our admission on gender,” says one of the school’s directors, Mimmi Skoglund, passionately. It quickly becomes clear that this is a place that truly practices what they preach – gender equality and democracy are at the core of the school’s curriculum and organization.

“Generally, schools try to admit an equal number of girls and boys to create a balance, but by doing that they are assuming that boys and girls are different. Instead we base admission on age and nationality, trying to balance the number of students from the three countries that are at the school.”

“I am very interested in genderology”, says Mimmi. “Girls and boys are often addressed with different expectations – for instance, girls may be complimented on their clothes and boys may be given more freedom to be rowdy. Children’s books often include girls as princesses, while the scary characters often are male. It is important that we are aware of this when we speak with children.” The school also makes an effort not to buy books that create preconceived notions about girls and boys. “It is not that boys and girls have to be exactly they same,” Mimmi adds, “but we have to make sure that all children get the same rights and opportunities to be who they are and who they want to be.” 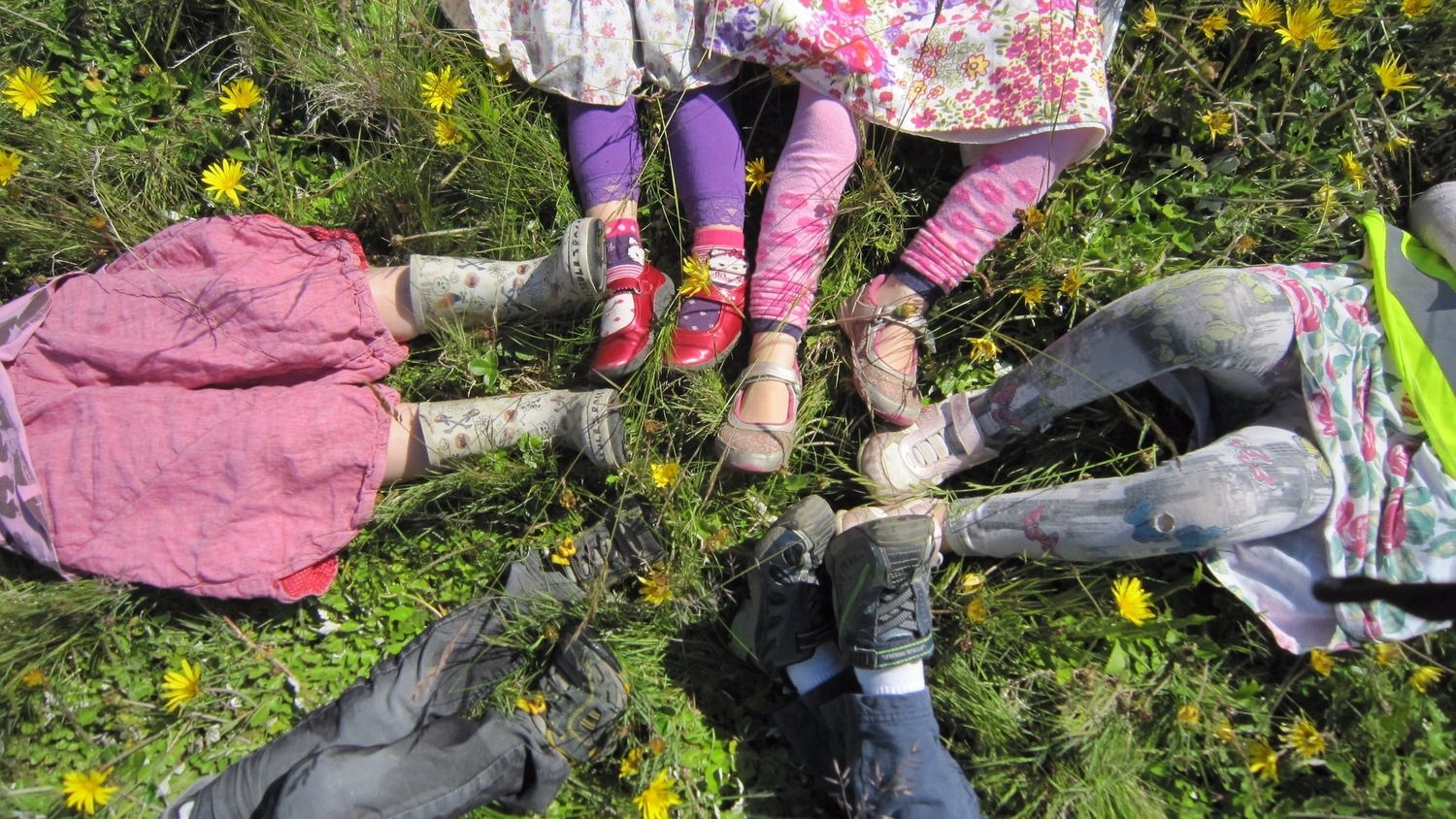 Another extremely important thing is democracy. “We can’t just teach children about democracy, they have to learn about it by being a part of it; they have to feel that they have a say in the decisions that are made at the school.”

This method can be quite different from that at other schools in the US and they are often asked how they deal with discipline. “We don’t believe in punishing the children. Schools often talk about consequences and rewards, but at our school we try to find the source of the problem instead, and then we try to solve it. A child who is misbehaving might be tired or hungry or sad, and we need to help them resolve that instead of punishing them.”

The school has a “full immersion” program, meaning that only Scandinavian languages are spoken during classes. Most students come from Scandinavian families, but there are also a few American families that are so impressed by the schools values that they enroll their children. “If the child is young enough there is no problem leaning new languages, and they get the added bonus of becoming multi-lingual.” 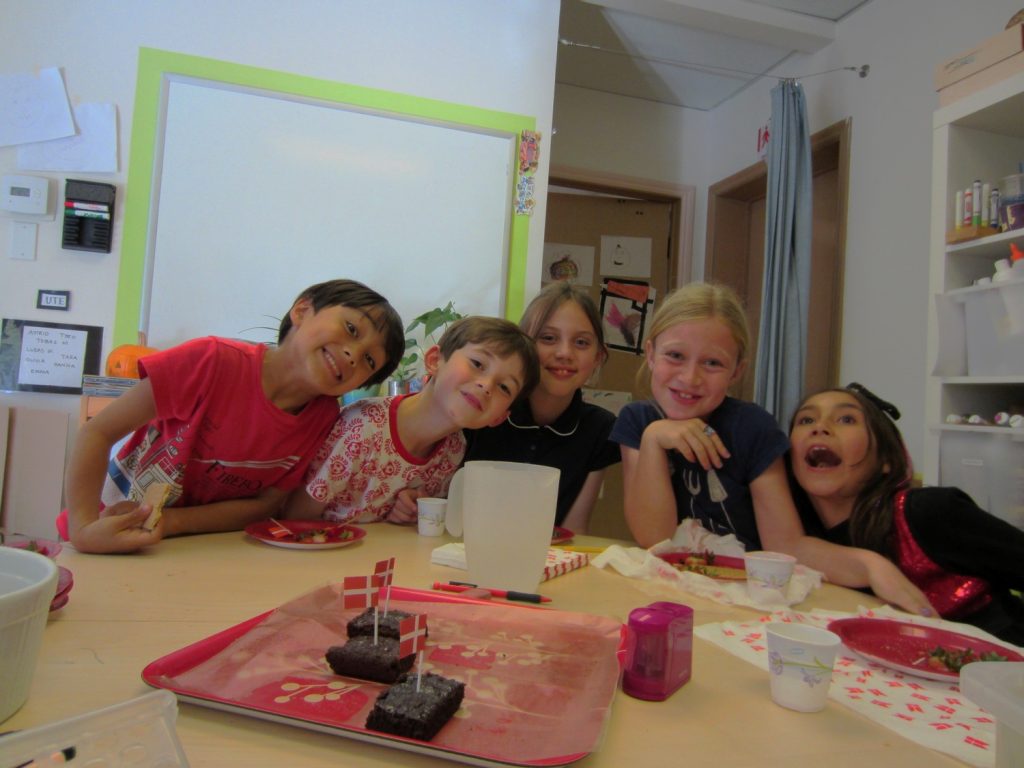 The Scandinavian School in San Francisco is inspired by the Reggio Emilia philosophy which is currently very popular in Sweden as well. “The child is considered to have three teachers: The adult who helps the child explore; other children – children learn from each other; and finally, the child’s surroundings,” Mimmi explains. “A room can give a child a lot of information. If, for example, all valuable items are stored out of reach, it gives the child a different experience than if they are easily reachable and they realize that they are trusted with valuable things.”

Another focus is health and sustainability – the school recycles as much as possible and all meals are organic, vegetarian and prepared with vegetables that are bought locally. 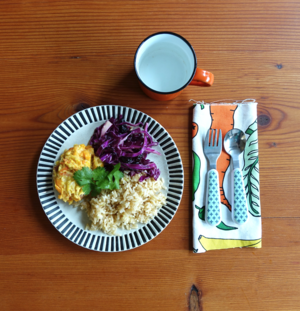 “The children get to taste, smell, and feel the food in the kitchen atelier under the guidance of our “Ecologista”. It’s a word we’ve made up ourselves” Mimmi laughs. (They also have an Atelierista, who teaches art.)

While the main focus is on the preschool, there is an abundance of classes and activities offered for older children and adults. The holiday season is a great time for local families to check out fun events like baking or creating Christmas ornaments! For more information go to https://www.scandinavianschool.org/ 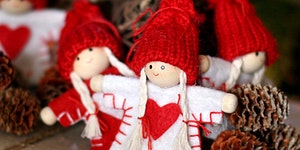 Meet Sara Fahlgren: The Swede At The Helm Of Cecconi’s West Hollywood