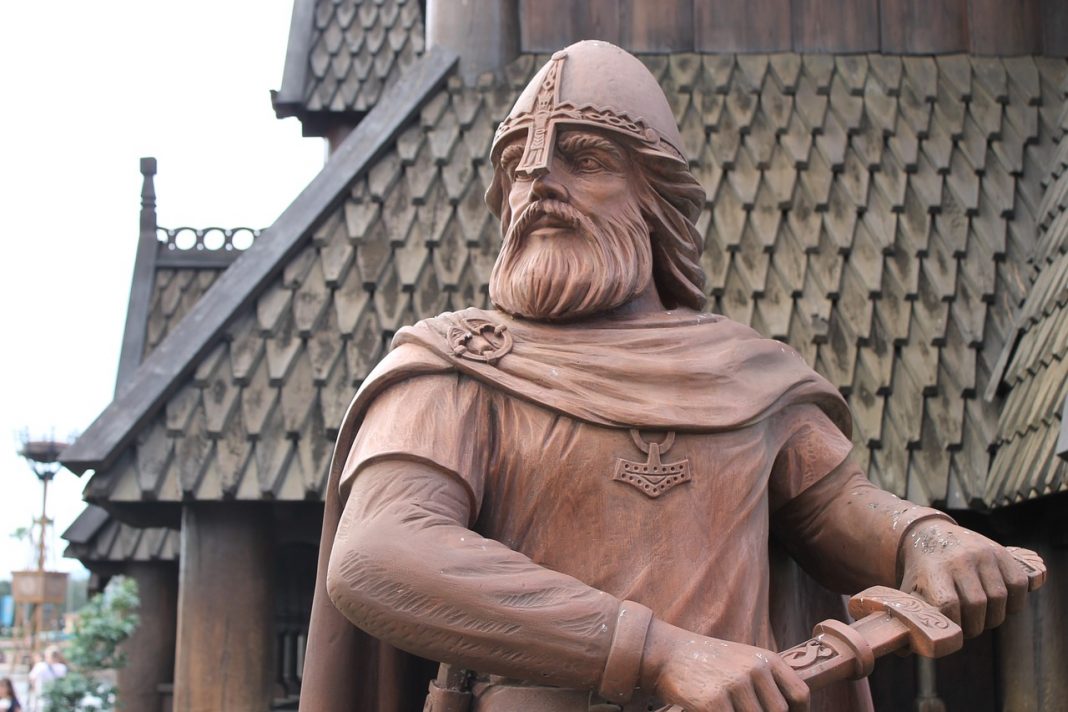 You have most definitely heard of Christopher Columbus, but have you heard of Leif Erikson?

These two famous explorers have fought for centuries over the title as the first European to set foot in North America, but there’s a twist: some records believe that Viking explorer Leif Erikson is credited with reaching the continent around the year 1000, which is nearly 500 years before Columbus did.

Leif Erikson’s passion for adventure came from his father, Erik the Red, who was the founder of the first Norse settlement in Greenland. Leif followed his path and established a Norse settlement in Vinland, which is now the northern tip of Newfoundland in modern-day Canada.

Thanks to this spirit, Leif Erikson’s history was officially recognized by the President of the United States, Donald Trump.

In a press statement on October 8, Trump praised the Viking explorer by starting, “we honor the spirit of exploration, courage, and faith that led this legendary Viking and his crew to sail across the Atlantic in search of new lands and opportunities more than a thousand years ago.”

President Trump’s continued his praise with a comparison to another famous voyage – that of Apollo 11: “Leif Erikson’s undaunted life of exploration began in Iceland — the same location where the Apollo 11 crew trained for its historic journey to the surface of the Moon.”

The statement broadened to include Americans who trace their ancestry back to the Nordic countries and those who have contributed to the society of the United States.

“Americans share strong bonds with the homelands of the Vikings.  Millions of Americans proudly trace their ancestry to Denmark, Finland, Iceland, Norway, and Sweden. […] Nordic Americans contribute each day to the rich tapestry of our country by their self-reliance, drive, spirit of adventure, and cultural traditions.  On this day, we pay tribute to the remarkable achievements of Leif Erikson, and we celebrate the daring dreams, big vision, and passion for discovery of all people of Scandinavian heritage.”

“I call upon all Americans to celebrate the achievements and contributions of Nordic Americans to our Nation with appropriate ceremonies, activities, and programs.”

Interestingly enough, October 9 is not associated with any particular event in Leif Erikson’s life. The date was chosen because the ship Restauration, which came from Stavanger, Norway, arrived in New York Harbor on October 9, 1825 and subsequently began a wave of immigration from Norway to America.

Will you be celebrating Leif Erikson day? Let us know in the comments!