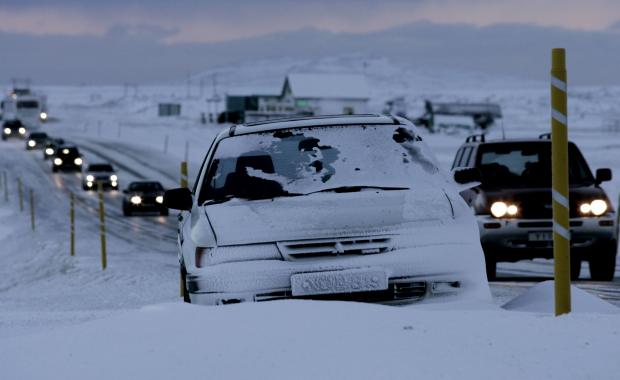 Although nobody was seriously hurt, a teenage girl was trapped in her house and had to be rescued by ICE-SAR, also known as the Icelandic Association for Search and Rescue. The avalanche damaged part of her home and trapped the girl inside.

Her two siblings, a five-year-old girl, and a nine-year-old boy, escaped with their mother through a window before alerting the emergency services of the girl stuck inside. The coast guard ship Þór transported the girl and her family to Ísafjörður where they received treatment.

The girl’s doctor noted that, “Her room was filled with snow. Thick snow. Like concrete. Fortunately, rescuers worked quickly to shovel the snow and help her escape. The girl’s mother knew exactly where she was … there was a nurse in Flateryi, very experienced, who warmed the girl.”

An emergency phase has been declared in Flateyri and Súgandafjörður in the wake of the avalanches.

Besides property damage, the boat harbor in Flateyri was destroyed.

Unfortunately, these recent avalanches have reminded the locals of the deadly avalanches of 1995, when 20 people died after a similar avalanche struck Flateyri. Icelandic Prime Minister Katrín Jakobsdóttir stated, “I think all of us are startled. I took the time this morning, as soon as I heard the news, to contact a few residents in the Westfjords. Everyone is, of course, quite startled, recalling the events of 1995, which are still fresh in our memory.”

An orange weather alert is still in effect for certain parts of the Westfjords. Roads leading in and out of Ísafjörður are impassable and no flights will depart from the Ísafjörður Airport until further notice.