Home News What Ingvar Kamprad contributed to the world 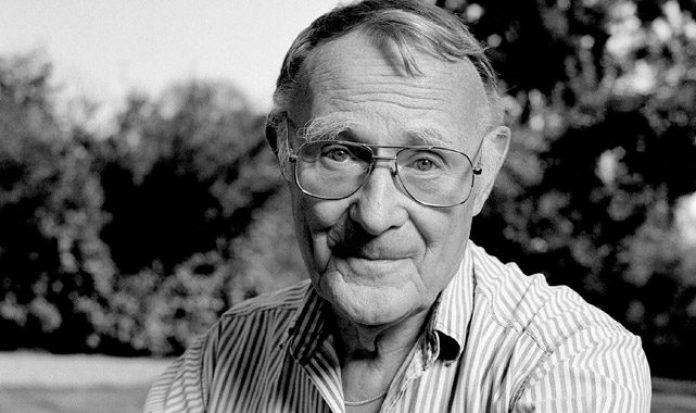 Yesterday, many of us woke up to the news that one of Sweden’s most successful entrepreneurs, Ingvar Kamprad, the founder of IKEA, had passed away.

The articles about Ingvar Kamprad after his death have varied in how they choose to portray him. Some are mentioning his past connections to Nazi sympathizers as a young man, clearly very influenced by his German grandmother. However, many are praising him for his enormous impact on the world.

Ingvar Kamprad was an entrepreneur with the need to always be better, try harder and do more. Through all his success, he never swayed from the typical Småland way and kept both his feet steadily on the ground.

Filled with Swedish pride, he created what would not only be furniture stores but almost small cultural embassies of Sweden from serving Swedish cuisine at the restaurants and applying the Scandinavian corporate culture to their international offices to naming all their products in Swedish.

Not many companies have been as true to their origins as Ikea has, sparking an interest in Sweden with the locals of countries all over the world as well as a safe haven and familiar homey feeling for Swedes living abroad.

These are some of the many things Ingvar Kamprad contributed with to the world:

Ingvar Kamprad incorporated practices and rules that would benefit quality within the organization early on. The employees would, for example, wear the same work uniform, the so-called “IKEA-uniform” which still to this day, consists of jeans, shirt and a sweater — regardless of gender.

The pursuit of equality and happiness among their employees was made particularly clear when in 2016 IKEA was given a rating of 100 percent in the Corporate Equality Index.

On their website, IKEA writes, “In 2015, IKEA US was recognized as a progressive company and great place to work in the Human Rights Campaign Foundation’s 14th Annual Scorecard on LGBT Workplace Equality.”

It was also very important for Ingvar Kamprad that IKEA stayed humble through its massive success. The employees were never allowed to travel in business class and the company parties were very “lagom”.

Employees first
In 1999 Ingvar Kamprad started the initiative “Employees day (Medarbetarens Dag). It was a way for him to show gratitude to his employees and their contributions to IKEA. During “Employees Day”, the entire profit of that the day goes to the employees. The bonus is divided up equally among every single employee no matter what their position is.

In December 2017, IKEA employees worldwide were given one billion Swedish Krona, about 127 million USD, to share as a Christmas present. Equalling around 13.000 Swedish Krona, 1650 USD per employee.

Ikea have also worked hard to maintain a fair pay policy within the company. On their website they write, “On January 1, 2016, IKEA US raised our average minimum hourly wage for US retail co-workers to $11.87 per hour. This is just one way we are creating a better everyday life for our co-workers!”

The Swedish business newspaper, Dagen Industri, mentions that during the last couple of years, Ikeas enormous profits have been reinvested in IKEA and charity. Not a dime has gone to Ingvar Kamprad or his family.

High quality, Scandinavian design for everyone

Kamprad opened his first store in Kungens Kurva in Stockholm. The store was by the highway and pretty far out compared to a lot of other furniture stores. It was inconveniently located far away from the very city center of Stockholm where most high earners would be located.

But Kamprad wasn’t interested in catering to them in first hand. He wanted to cater to the tens of thousands of people moving into the newly built projects in Stockholm who needed new furniture for their new apartments. However, those people weren’t able to afford the prices that were currently available.

Ingvar Kamprad would say “I asked myself early on why poor people had to be satisfied with uglier designs. Was it really necessary that the better-looking furniture was only reserved for the elite that could pay a lot of money for it?”

Ingvar Kamprad wanted to create high-quality furniture and great Scandinavian design to an overcomeable price for the vast majority of Swedes. In his 9 theses “The testament of a furniture dealer” he wrote, “Anyone can make a 5000 SEK desk, but only the very skilled can make a 100 SEK desk.”

Recycling and IKEA’s sustainability strategy of ‘waste to resources’
Just like the majority of Swedes, recycling was important to Kamprad. Not only are the IKEA furniture easier to recycle because of their assemble/disassemble design but the stores also offer customers the option of bringing g in old IKEA products to be recycled which can be reused for new products.

IKEA USA also introduced the mattress recycling program that recycles old mattresses, no matter where they were bought.

Support of organizations and projects
Listing the contributions and donations that IKEA and the Kamprad family personally have made to various organizations, countries, companies, and projects would be hard, as they have been many over the years. But The Kamprad family were especially invested in Swedish healthcare and education, and Ingvar’s wife Margaretha was very committed to helping the most vulnerable in society.

Through their foundation, the Kamprad Family Foundation make multiple donations every year. You can find the list of donations here:  http://familjenkampradsstiftelse.se/beviljadeanslag/2017/

In 1998, Ingvar Kamprad was having a coffee together with the principal at the faculty of engineering at Lund University. What started off as a fika ended up with Ingvar deciding to donate 250 million Swedish Kronas to help develop the industrial design at the faculty.

One of the last donations Ingvar made was a 4,5 million Swedish Krona donation to Ljungby hospital in December 2017.

—
In 2001, Ingvar Kamprad did a guest lecture at Lund Universty in Sweden. He went around and handed the students handwritten papers with his best advice to future entrepreneurs. To finalize Swedes in the States tribute to Ingvar Kamprad, here is the list of lessons he wanted every entrepreneur to know:

“Ingvar Kamprad was a great entrepreneur of the typical southern Swedish kind – hard working and stubborn, with a lot of warmth and a playful twinkle in his eye,” – IKEA