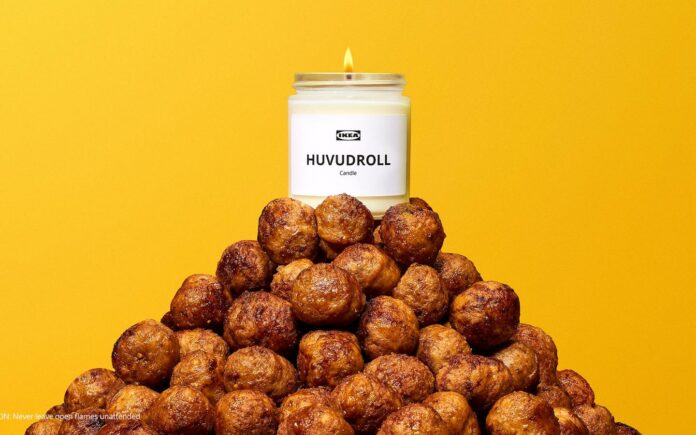 You have to love IKEA and its pursuit to push their Swedishness to new levels again and again. At this point, we’re surprised the Swedish embassy isn’t located within an IKEA.

So with all that said, here is some rather unsurprising news: IKEA will be releasing a meatball scented candle just in time for the 10 year anniversary of the IKEA family in the United States. The candle will share the same name as IKEA’s famous meatballs – Huvudroll.

As a part of their celebrations, IKEA will be hosting a 10 year anniversary sweepstake where participants can win gift boxes and meatball-scented candles. Anyone who is a member of IKEA’s Family Program in the United States and 18+ can participate in the sweepstakes.

According to the Swedish news site GP, the candle will only be available in the U.S. Strategic move on IKEA’s end – with the amount of meatballs consumed in Scandinavias households, we’re not so sure the candle would make much difference there.

The team at Swedes in the States will be sure to get our hands on Huvudroll, and report back to our readers with an in-depth review.